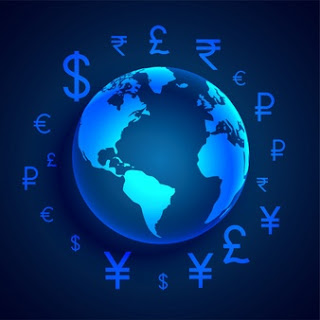 This followup article at the OMFIF delves into the implications of China working hard to implement its version of a central bank digital currency at the PBOC. The article suggests one key objective would be to disrupt the current US dollar based monetary system and reduce the ability of the US to use "soft power" at SWIFT. Below are a couple of excerpts.


"Just as the US Treasury was mailing out physical stimulus cheques, the People’s Bank of China began its beta testing of a national digital currency in four cities. Future economists will look back on these counterpoints as the start of the digital currency era.
Discussions about alternatives to fiat currency were speculative, until last August. At the 2019 Jackson Hole Symposium, Bank of England Governor Mark Carney stated that a new form of global digital currency could be ‘the answer to the destabilising dominance of the dollar in today’s global monetary system’."

"As Robert Kaplan, president and chief executive officer of the Federal Reserve Bank of Dallas said last year, "The dollar may not be the world’s reserve currency forever, and if that changes, and you tack on 100 basis points to $20tn, [that is] $200bn a year and all of a sudden we’ve got a tremendous problem."

. . . . . "The dollar’s ‘destabilising dominance’ gives the US the ability to use the international payments system as an arm of its foreign policy. The real and serious implication of replacing the existing payments systems with the new infrastructure based on digital currency is that no clearing and settlement means no transactions going through the international banking system. . . . "