Dr. Lawrence White has just written an excellent article  that asks why most mainstream economists oppose the gold standard. First, let me make it clear that I am not Dr. Lawrence White and (as far as I know) we are not related. We just happen to have the same name.

When I saw this article I felt it would be an excellent article to feature here in contrast to the other proposals on monetary system reform that have been featured here. As Dr. White points out in his new article, most mainstream economists do not favor a gold standard so it has been hard for me to find an actual proposal for how to return to a gold standard.

There are a variety of ideas on how gold might return to the monetary system, but until I learned of this information from Dr. White I had not run across a formal proposal for how to transition back to an actual gold standard. As Dr. White pointed out to me, it may just be that I had not searched in the right places so I am grateful that he pointed me towards his work in this area.

In this new article Dr. White makes his case for why the classical gold standard should be part of any modern day discussion for monetary system reform. Below are a few excerpts from his article and then a few added comments. 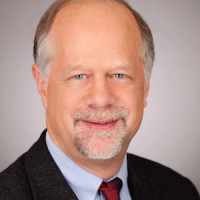 Experts and the Gold Standard

"Many mainstream economists, perhaps a majority of those who have an opinion, are opposed to tying a central bank’s hands with any explicit monetary rule. A clear majority oppose the gold standard, at least according to an often-cited survey. Why is that?"

"Why isn’t the gold standard more popular with current-day economists? Milton Friedman once hypothesized that monetary economists are loath to criticize central banks because central banks are by far their largest employer. Providing some evidence for the hypothesis, I have elsewhere suggested that career incentives give monetary economists a status-quo bias. Most understandably focus their expertise on serving the current regime and disregard alternative regimes that would dispense with their services. They face negative payoffs to considering whether the current regime is the best monetary regime.

Here I want to propose an alternative hypothesis, which complements rather than replaces the employment-incentive hypothesis . . . . . "

I reached out to Dr. White by email about featuring his new article and he kindly replied and referred me to links for articles he has written on the gold standard as follows:

"I'd of course be happy for you to discuss my recent piece, about why most economists don't like the gold standard, on your blog. More directly on the merits of re-instituting a gold standard, and on how best to make the transition, you could refer to these two older pieces of mine:"

Readers can use this new article by Dr. White and the links he provided to compare the classical gold standard to some other major monetary system reform proposals we have featured on the blog. Below are the links to two such alternative proposals:

Dr. Warren Coats (former IMF) proposes to use the SDR to replace the US dollar as the global reserve currency. He wants to see it issued based on public demand by a Currency Board and would anchor it to a basket of goods. Dr. Coats agrees that issuance of such a currency should not be left up to a central bank or the IMF, but should be issued under Currency Board rule. We covered his proposal in these articles here:

Q&A Interview on the Real SDR

Robert Pringle (former Group of 30 Director) proposes an idea in some ways similar to Dr. Coats Real SDR that could also be issued by a Currency Board and would be anchored to a basket of global equities. Mr. Pringle also believes that issuance of a global reserve currency should not be left up to the arbitrary discretion of a central bank.

They may approach how to reform and improve the current system differently, but they all seem to believe that currency should be stable, sound, and anchored to the real economy unlike the present US dollar based system we have today. The US dollar is subject to the whims of the US central bank and is anchored to nothing in the real economy today. It is entrenched as the status quo however until something forces change.

Our goal here is to encourage the average person to understand that how the monetary system operates is important to them. We also hope to make readers aware of the systemic risks to the present system and to be aware of various credible proposals to reform the present system that exist.

Here, in this one article, readers can compare the various ideas from these three highly respected and credible experts. They offer real and serious proposals that could actually be considered in the event that something prompts change to the existing monetary system. I believe readers can benefit from learning about these proposals and I appreciate these experts taking time to share what they know with us.

Added note: A thank you to Dr. Judy Shelton for a nice Twitter reference to this article & Dr. White's article.