Earlier this year, we ran a two part article featuring a series of email exchanges between Centralbanking.com Founder Robert Pringle and economist Allan Meltzer where they talked about monetary system reform.

Now Centralbanking.com has published a new more time extended version of their email exchanges that I think readers would find fascinating. Below is a just a brief excerpt. You can read the full article here on Centralbanking.com. They discuss a wide variety of issues related to monetary policy and the need for reforms. 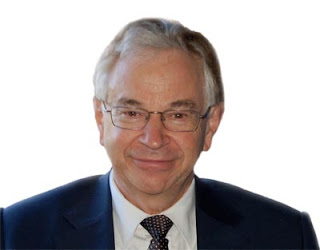 "Allan Meltzer was a mentor and friend for more than 40 years. We met in 1974, when I was editing The Banker, and angrily trying to draw attention to the link between monetary growth and inflation – a link denied by the Bank of England (BoE), UK Treasury, all politicians except Keith Joseph and many commentators. Allan and Karl Brunner, a fellow monetarist, invited me to participate in a new venture, the Interlaken Seminar on Analysis and Ideology – an early effort to apply individualistic, economic reasoning to broad sociological and political issues. The mornings were spent discussing academic papers and the afternoons walking in the Alps – the best format for a week-long seminar ever developed! I attended several of these annual get-togethers in the 1970s, and we kept in touch subsequently. Allan was a strong supporter of Central Banking Publications from the start and a natural choice to be a founder member of our editorial advisory board. I believe he was pleased with the way it has developed. “It’s where I go to learn about the people and the policies” of the central banking world, he said.
Apart from the formal interviews that he gave to Central Banking and numerous contributed articles, he and I also kept up a lively private email correspondence. I would often bounce ideas off him. He would invariably respond. The following is a selection of our exchanges. It covers, among other topics, the markets, the US Federal Reserve Board, central bank independence, money and banking."
Please click here to read the series of email exchanges on Centralbanking.com
--------------------------------------------------------------------------------------------------------------------
Added note: Robert Pringle gave us this additional comment by email to use in an article here on this blog about Allan Meltzer written by John Taylor:
"I first met Allan when he was looking for people with a wide range of interests to invite to a seminar series that he was setting up with Karl Brunner. It was called officially the Interlaken Seminar on Analysis and Ideology that met annually from 1974 to the late 1980s. The aim of the Seminar ( as he put it in his own tribute to Brunner ) was to extend economic analysis into many areas of social policy. As he described it, the conference organization was as unusual as the topics discussed: "We met only in the morning. Afternoons were given over to hiking in the Swiss Alps, or for a few playing golf. The idea was to have informal discussions while hiking. We reassembled for dinner."

You can imagine how much I, as a young financial writer with an interest in economic history and sociology , leapt at the chance of participating. It was a top rate group with future nobel laureates such as Jim Buchanan and others participating - only about 25 of us in all.  I was privileged to attend for several years - every year in fact until  I joined the G30 in New York in 1980.

We have remained in touch ever since. He was a tremendous supporter of Central Banking and a founding member of our editorial advisory board from 1990.

By the way, he wanted John Taylor to be the next Fed chair."