Off Topic - An Interesting Peek into Texas Electricity Generated by Wind

This is an off topic article that caught my attention since I live in Texas. The article contains some interesting information about how the electricity grid works in Texas and how for the first time ever the price of electricity in Texas actually went negative for a little while. Below are some quotes from the article which you can read here in full in Business Insider.

The impossible just happened in Texas

"In the wee hours of the morning on Sunday, the mighty state of Texas was asleep.
The honky-tonks in Austin were shuttered, the air-conditioned office towers of Houston were powered down, and the wind whistled through the dogwood trees and live oaks on the gracious lawns of Preston Hollow.
Out in the desolate flats of West Texas, the same wind was turning hundreds of wind turbines, producing tons of electricity at a time when comparatively little supply was needed.
And then a very strange thing happened: The so-called spot price of electricity in Texas fell toward zero, hit zero, and then went negative for several hours. As the Lone Star State slumbered, power producers were paying the state’s electricity system to take electricity off their hands. At one point, the negative price was $8.52 per megawatt hour.
Impossible, most economists would say. In any market — and especially in a state devoted to the free market, like Texas — makers won’t provide a product or service at a negative cost. Yet this could only have happened in Texas, which (not surprisingly) has carved out its own unique approach to electricity."
Click here to read the full article 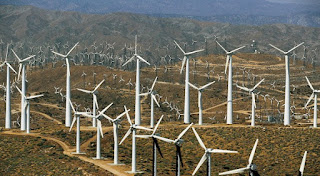