Glint Moves Forward with Plan to Reintroduce Gold as Money

There are a number of initiatives moving forward around the globe that are working towards the goal of encouraging people to use gold like money once again. Last fall we featured Glint as they launched such an initiative in the UK. Glint CEO Jason Cozens was gracious to participate in a Q&A session for readers here that described the launch.


Now, it seems that Glint is ready to expand and move forward with some new initiatives. Jason Cozens has kindly agreed to do a followup Q&A style interview to provide some insight into where he sees Glint going in the future. 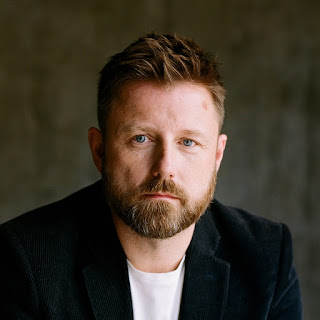 Q: I see that Glint is raising 1.25 million pounds in a new crowdfunding effort. What prompted you to go this route to raise these funds?

A: Everything we do at Glint (www.glintpay.com) is about ​working towards helping everyone get the same opportunity to prosper​, no matter their financial status​ . That’s why we ​are attempting to ​"fix​"​ money, the fuel on which capitalism runs, in order to make it reliable, fair and not prone to depreciate in ways outside of our control. Rich or poor we want to have a level playing field.

We launched our £15m Series A funding round so we could expand Glint to a wider audience ​overseas. The participants in this financing are mainly funds and ultra-high net worth individuals. We were amazed that ​clients were ​requesting to invest in the business as soon as we started opening accounts for them and to avoid being exclusive,​ our crowdfunding campaign at www.crowdcube.com/glint ensures everyone has the same opportunity to invest and join us on our journey. They can invest from as little as ​£10  to £100,000 ​'​s although in the US, Canada and Japan only sophisticated investors investing more than £10,000 can participate. ​ At this point I should mention that of course investing puts your money at risk but I’m really pleased to announce that we smashed through our £1.25m target with over 400 investors in the first 72 hours. It’s still open for the next 27 days (as of 7-20-18).

Q: Last November Glint launched in the UK. Can you give us some key events that have taken place since the launch that have you excited?
​​
A: There are so many! I’ll name some:

Q: It looks like Glint is ready to move into the US. Can you give some insight into what will be happening in that regard and the time frames involved?

A: We built our technology to scale and we’ve been working on expansion outside of the UK and Europe for some time. US residents can actually buy, save and sell physical gold and other currencies on the Glint App right now but we will be bringing the full solution with the ability to spend in Gold using the Glint debit card later this year. We already have our ​US ​office in place and are building out our US team.

Q: One hurdle that gold faces is the tendency for people who own gold to hold it rather than spend it. How does Glint encourage users to spend gold rather than just to hold it more like a long term investment?

A: If all you can do is hold gold then that’s what you are going to do, you’ve never been able to do anything but save and trade in and out of it so that’s where the ‘tendency’ comes from. The mere fact that, for the first time, Glint clients can now spend their gold at the electric point of sale, in real-time without selling it in advance, means that clients can and are spending their gold.

There is an education taking place  for some about the benefits of a gold ​currency​ and a behaviour change for others​,​ but the Glint App makes that very easy. People are starting to realise that saving and spending from their Glint gold account insulates them from inflation, protects them from banking and systemic risks​ (​let's hope we ​don't ​have another financial crisis) and allows them to move to one Global Currency that transcends all others.

Q: As I understand it, Glint wallet owners will be able to hold both Euros and US dollars as well as gold. Why will you offer users the ability to hold fiat currencies in addition to gold in their wallets?

A: This ties into one of our core goals we have,​ which is giving people choice. Sure​,​ we believe that gold is the ultimate form of money but there are plenty of scenarios where it makes sense to exchange in and out of, save and spend in government issued currency. We also don’t think people should be charged 5 or 6% just to exchange into a foreign currency when using their ​national bank ​ account or transferring money overseas. Glint only charges 0.5% to buy gold or national currencies (Although we’ve currently launched a promotion that gives free purchase and spending for the next 12 months for clients who have bought at least £1,000 or €1,000 of gold).

The other benefit of having multiple currencies alongside gold is that it reinforces by association the fact ​that gold is now another currency.

Q: What kind of demand are you seeing so far for the services that Glint provides and where do you see that demand growing in the future?

A: There is an obvious product market fit with those who have large amounts of money​ and as such we have a very high proportion of High Net Worth individuals who are very keen to have a reliable alternative to banking and hard money ​to protect ​for their hard ​- earned savings. However​,​ we also have a cohort who ​aren't necessarily sitting on large savings, but who ​believe in ​Glint's ​philosophy and ​the ​right to have an independent form of money that is free from government interference. So we’ve built Glint for everyone, enabling you to buy as little as 1 cent or pennies worth of gold to millions of dollars or pounds of gold.

Our clients also range in age from 18 to 90 years’ old, so we have both those blessed with the benefit of hindsight and fresh, idealistic and mobile-first millennials.

Q: How do users access Glint to manage their funds and spend their funds? Where will Glint users in the US be able to use the Glint card in the US?

A: Clients can manage their funds through our​ secure iPhone or Android App and spend their funds using the Glint debit card anywhere ​that ​ Mastercard is accepted​;​ so that’s not just at merchants and ATMs in the US but across the world. I’ve spent my gold in California, Mexico, Tokyo, Mumbai and across the UK and Europe ​- ​ using it to pay ​for​ taxis, hotel​s​, ​flights and restaurant meals.

Q: What world events do you see taking place that would be favourable towards increased public demand for gold?

A: We are already living in uncertain times and it’s not clear to people what the world is going to look like in the short term,​ never mind the long term. Uncertainty is all around us and trade conflict, the potential break-up of the European Union, wars and high levels of personal, corporate and government debt mean that people are looking for reliability wherever they can find it now.

I’m not an economist, but​ whichever way I look things don’t look ​too ​good. Many companies won’t survive the next downturn in the economy ​. We are ​two​ months away from the longest post-war economic expansion,​ which alone tells me that the writing ​may be ​on the wall ​and another recession or financial crisis around the corner​. I’m just glad that we have brought people a solution ​in time.

Q: What else should readers know about Glint's future plans?

A: The first step was to give people the ability to​ spend ​in whatever currency they choose,​ including gold. By enabling this we are building one side of a very big network​,​ but ​for now,  merchants ​are ​ still receiving funds in their currency of invoice (USD, GBP, EUR etc). We will continue to focus on quality and great client services but one of the next steps is to build up the other side of the network by enabling clients and merchants to receive payment​s​ in Gold. Watch this space!

Just for the record, I do not have any financial interest or affiliation with any of the entities featured here on the blog (including Glint). Information presented here is intended to be educational for readers about various efforts to reform the monetary system or offer new alternatives to it. Gold being used like money falls into that category, so I try to cover that as news when I get information related to it. This blog does not offer investment advice and is not intended for that purpose. Articles featuring products or services are not intended to be endorsements.