The story about Apple possibly becoming a major gold buyer for the 18k gold version of its new watch has gotten a lot of attention. We ran this article here on the blog last week. It's too early to really know what the impact will be because we don't know how much gold will be in each watch or how many Apple will eventually sell.

But it's fun to speculate and there is plenty of that going around. Below are links to some recent articles on the watch. Below each link is a brief excerpt and comment. Regardless of what the true final impact will be, it's safe to say Apple will be buying a lot of gold for these watches.


"But the real story here is that the company’s high-end luxury model, referred to simply as the Apple Watch Edition, will come encased in 18-karat gold.
What should make this news even more exciting to gold investors is that the company expects to produce 1 million units of this particular model per month in the second quarter of 2015 alone, according to the Wall Street Journal."
The Wall Street Journal article does say that Apple expects to sell millions of the gold watches in 2015. This is a subject of hot debate. Some question if Apple can really sell that many gold watches if they are priced at the $4,000 that is being estimated. It's a reasonable question. Apple has a history of selling things like this in greater numbers than people expect. But this is a watch so who knows how well the market will receive it.

9to5 Mac - Apple to put Safes and Scales in Stores for gold watch
"Apple will outfit its official retail stores with safes to house the more expensive, gold “Edition” variants of the upcoming Apple Watch, according to sources.   . . . .
Apple is also working on special weight scales for its retail stores to weigh the amount of gold in individual Apple Watch Edition variants. The scales will be used to weigh the amount of gold in Apple Watch Editions upon replacement or return. Apple wants to ensure that no gold is removed from the units prior to replacement/return as the gold material is worth a substantial amount of money on secondary markets. The fact that Apple is working on scales further indicates that there will be a notable amount of gold in the Watch and that the device will be pricey."
This is probably the most interesting comment I have seen in all the articles about this new gold watch. Apple is going to keep them in safes and even put scales in the stores to weigh them if they are returned. You wouldn't do that if the watch was gold plated. It suggests to me that the watch really could have 1/2 ounce to 3/4 ounce of gold in it. Keep in mind there is also gold on the watch band as well (see picture below). If Apple really does sell millions and each one has 1/2 ounce of gold, that will be significant. It means Apple really will have to buy gold by the tons in coming years.
So, what are realistic predictions for how many watches will be sold? This article has the best take on that I have seen. It explains all the marketing efforts Apple is making to sell these. It does say that the pricing on the gold version will likely have the biggest impact on how many of those will sell.
9to5 Mac - Apple's pricing and sales experience will make or break the new watch
"The gold Edition model is the subject of the most internal debate, with guesses ranging from $999 to $4,999 depending on whether Apple hopes to sell a lot or very few of them. One hint that the price will exceed $999 is the Apple Watch’s digital crown: note that it’s always silver on the Sport, two-toned with black on the standard Apple Watch, and offered in four (mostly) band-matching colors for Edition. Apple could easily have gone with all-gold or gold with a black center, but instead, there are multiple band-specific parts. Additionally, every band (even the plastic one) has special gold parts to match the Edition watch. It’s obvious that very little is being done simply with Edition." 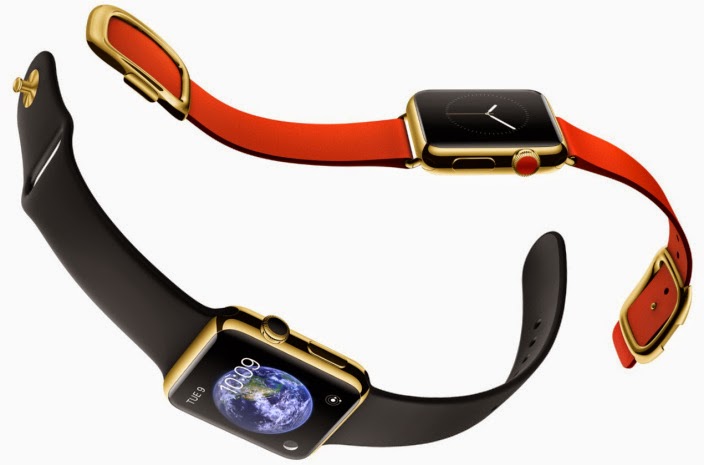 Added note: Goldcore picks up this story and publishes this article on it.