Cashless Society - Not So Fast my Friend 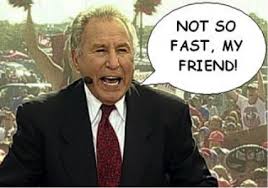 If you follow college football on ESPN you are familiar with Lee Corso uttering the phrase "not so fast my friend" when arguing with his pals on Game Day about predictions for the games. Perhaps we can apply that phrase to those who seem sure that we are headed towards a "cashless" society. While the trend towards digital forms of money will certainly continue, cash is by no means near extinction as we can see from this article on Marketupdate. This article focuses on Euros but there are still plenty of cash US dollars out there as well. Below are some quotes.

What explains the increasing demand for banknotes? It could be the result of a growing black market economy, in which goods and services are paid for in cash and cannot be traced afterwards. But in recent years, distrust towards banks and the extremely low interest rate could also explain the flight to cash. Persistent rumors of a possible tax on savings, the new ‘bail-in’ scheme for European banks and the fact that you earn almost no interest on bank deposits make it more attractive to keep savings in the form of cash. We can also imagine people wanting to get out of the financial system by holding cash and buying gold."              . . . . . . . .

Secondly, one of the experts we have contact with here pointed out to me last summer that cash is actually increasing in both England and Europe when I asked about all the furor over society going "cashless". He also told me that despite hype you see in media, there is no global movement within the system to eliminate cash entirely even though some nations are virtually cashless already. In fact, I am told the overwhelming consensus is that cash will continue to play an important role far into the future in most countries despite the trends towards more and more use of digital/electronic forms of money.

I have also gotten no indication of any kind that there is any desire to confiscate precious metals. It would be almost pointless in the west where such a tiny % of the population owns any significant amount of precious metals. Many Eastern nations actually encourage their citizens to own precious metals.