This Yahoo News piece is actually one of the better news articles I have seen on the situation in Greece. Please note that one of the scenarios listed is "an extension of the current bailout for 9 months". This is exactly the kind of thing we just mentioned in our most recent blog articles. Below are some quotes from this Yahoo News article.

"Crunch talks between Greek and EU-IMF officials broke off with no deal on Sunday, making a Greek default an imminent danger and increasing the threat of Greece leaving the euro. Success in the talks still remains possible, though the chances are fading fast."

Deal or no deal, here is a review of the possible scenarios in the coming days or months:

2-BAILOUT EXTENDED   (This one won't surprise me, but we'll see)
"Before the radical left Syriza party swept to power in January, Greece seemed on its way to a third bailout financed by fresh cash, but Germany has slammed the door shut to this possibility.
What is far more likely is that Greece wins an extension to the current bailout, its third since December, which would allow more time to talk and keep vital funding flowing from the ECB to the teetering Greek banks. The extension would probably last nine months from its current June 30 end date."
3-DEBT REDUCTION
4-DEFAULT
5-'GREXIT'
Click here to read the full article
------------------------------------------------------------------------------------
My added comment: Scenario #2 listed in this article supports what we just said here on the blog. There may be no real deadline for Greece and June 30th may just be the latest example. We'll see. 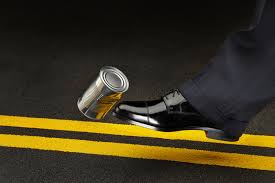